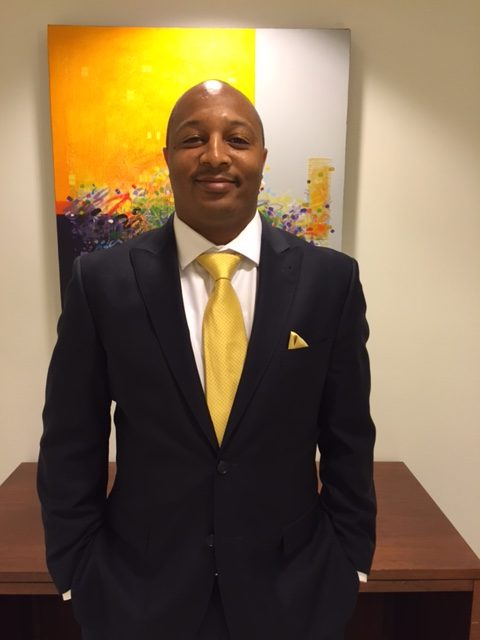 Born and raised in Wilmington, Delaware, Allen “Duffy” Samuels attended Glasgow High School. As a high school basketball all-star, Duffy had the opportunity to not become a statistic. After graduating from high school in 1992, he earned an Associates Degree in Early Childhood Education from Hagerstown Junior College in Maryland. With an avid aspiration to continue his education, Duffy transferred to Old Dominion University where he was awarded a Division I Basketball Scholarship. Basketball was his ticket to travel throughout the U.S. and abroad as a collegiate and professional player. Duffy excelled as a star player and determined student; he earned a Bachelor of Science degree in Human Services and Counseling. Upon graduation from college, Duffy played professional basketball in Europe. While overseas, he had the opportunity to play with teams representing several different countries on the professional circuit. After six years of a grueling tour schedule, he returned to the United States where he played with the Harlem Globetrotters for one year.

With the news of spiraling despair and hopelessness conveyed by the youth in his old community, Duffy knew something needed to be done. He designed Duffy’s Hope, Inc., in 1998, to serve youth with mentoring, prevention and intervention programming. His vision for the organization is to help encourage youth to reach their full potential by getting them ‘off the streets’ and on paths to better futures.

To offset delinquent behaviors, the Helping Our young People to Excel (H.O.P.E.) Program provides mentoring, prevention, social enrichment and academic support to area youth. The H.O.P.E. program, staffed 100% by volunteers, is all about one-on-one time spent between the volunteer and the young person doing things they enjoy. It encourages parental involvement by cultivating family participation in school, sports, and community activities. The weekly group sessions involving structured activities ranging from field trips to open forum “rap sessions” foster the culture-based program designed to meet the needs of at-risk youth, their families, and their communities to promote well-rounded success. H.O.P.E. focuses on the student while working to strengthen families and communities with a “whatever-it takes”approach.

Students, families, and communities have been truly impacted by Duffy Samuels and his vision. Students in the H.O.P.E. program are exposed to weekly information sessions regarding life skills, etiquette, safe relationships, conflict resolution, healthy lifestyles and anger management. Schoolwork is the focus of the programming; the majority of the students are referred from single-parent homes or are being raised by grandparents. Many are overcoming school challenges; most reside in neighborhoods with high crime rates. All of our students now dream of a better future and are equipped with tools to help them succeed in realizing their goals.

Upon acceptance into the program, Duffy works with the entire family. He has designed the programs to promote success, safety and performance in the home, school, and community. He encourages mentors to serve with the “whatever it takes” approach. In many instances, Duffy is the father figure youth are missing in their lives. The students who typically run from their parents find refuge, respect and a safe haven in Duffy. Parents have commented that he knows more about the lives of their children then they know. His knack of presenting the viewpoint of both perspectives helps to build better relationships between youth, parents and communities. As a volunteer, Duffy spends countless hours away from his own family in order to provide a helping hand so that Wilmington’s youth can reach their potentials.

Samuels is humbled to have been recognized numerous times for his dedication and commitment to the community.

Duffy’s Hope, Inc. operates on Duffy’s original vision to “provide a helping hand to unlock a youth’s full potential”. Most recently, for his work with Duffy’s Hope, Inc., Duffy joins The News Journal’s list of 25 Who Matter, a series recognizing unsung heroes who have strengthened the community through their service. Duffy’s Hope, Inc. was recognized by DelawareBlack.com as Delaware’s best nonprofit organization in 2009, 2010, and 2012. Duffy’s Hope, Inc. was recognized by DelawareBlack.com as Delaware’s best yearly community event in 2010. In 2018, Allen “Duffy” Samuels was honored by the United Way of Delaware with the James H. Gilliam, Sr. Legacy Award at the 5th Annual Delaware Fatherhood and Family Coalition Award Ceremony for his commitment to the causes of those affected by the trials of urban living as well as creating pathways for young men and women to realize their dreams and reach their full potential.